For those who followed my talk this morning at ATypI in Barcelona, here are some updates as they unfolded just in the past hour. Thankfully, Nina Stössinger and Dan Reynolds told me after my talk that the (OMG-excellent!) Antikvariat Morris stand at the conference had a copy of the first edition of Tschichold’s Neue Typographie on offer.

This was the book Maxim Zhukov inquired about, if I knew whether Ideal-Grotesk or Venus was used. He did not include any images of it in his emails (and why I did not ask for some or researched photos more thoroughly at that point I do not know, sloppy practical type historian). Anyway. While I was already attending the conference, I exchanged some emails with Stephan Müller of Lineto about this book, too, and how he always liked the typeface it was set in — Neue Moderne Grotesk — of which he made a revival.

So, was Die Neue Typographie set in Venus/Ideal or a NMG/Aurora face? A peek into Glenn’s copy revealed, it was a Wagner face of whatever name or version. Since the book was printed in Berlin, maybe from a local foundry there, e.g. Böttger/Berthold who carried that design under the name Breite Grotesk P. Robin Kinross writes in his introduction to the English edition that they used “a” Akzidenz-Grotesk. Haas’s version of NMG was called like this though I find it unlikely that a printer is Berlin acquired their type from Basel.

Below my poor phone photos. I could not afford to actually buy the book, but as I was kneeing there taking the snapshots, Pierre came around and said, he’s going to buy it now and I can come take good photos of it later in Strasbourg.

This is why I LOVE type research, and our international type community! 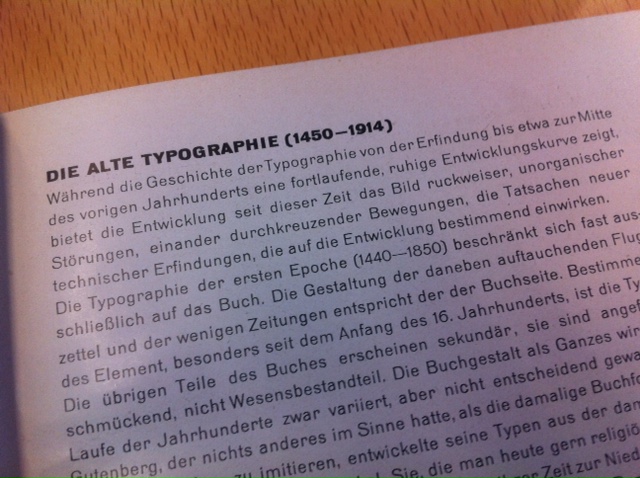 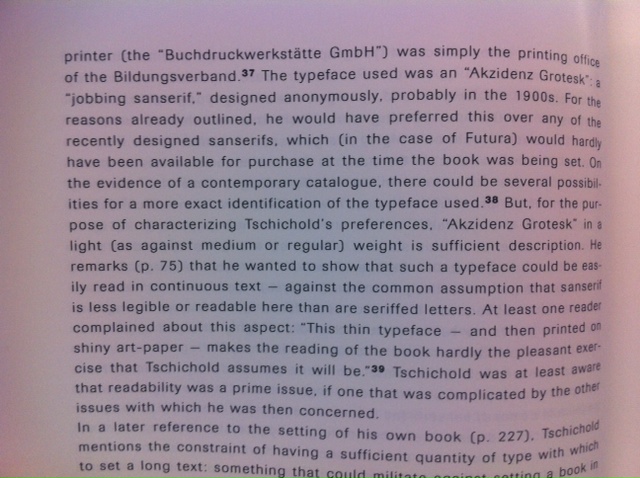 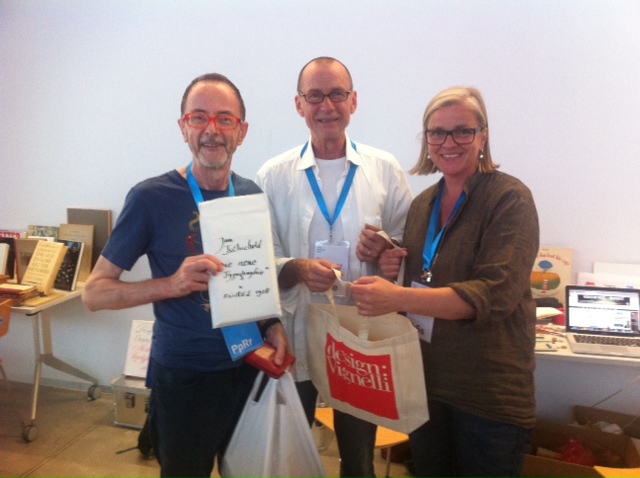