Anyone in need of a topic for a typeface revival?

Today in the mail: a type card by Eckehart SchumacherGebler featuring a rare Didone (together with a real one, the Pierre Didot by himself and Vibert).

The Roman and Italic were acquired by Offizin Haag-Drugulin of Leipzig in 1868 from the tradition-rich printer Tauchnitz, who, back then, liquidated their in-house type-foundry. They were kept under the name “Französische Schriften” (French Typefaces). In 1919 the matrices made their way to the D. Stempel foundry in Frankfurt, who renamed the typeface “Didot”. Just recently SchumacherGebler discovered that the face does not originate at Didot, but was cut by the Parisian punchcutter Nicholas Pierre Gando. Unfortunately it is not available anywhere. 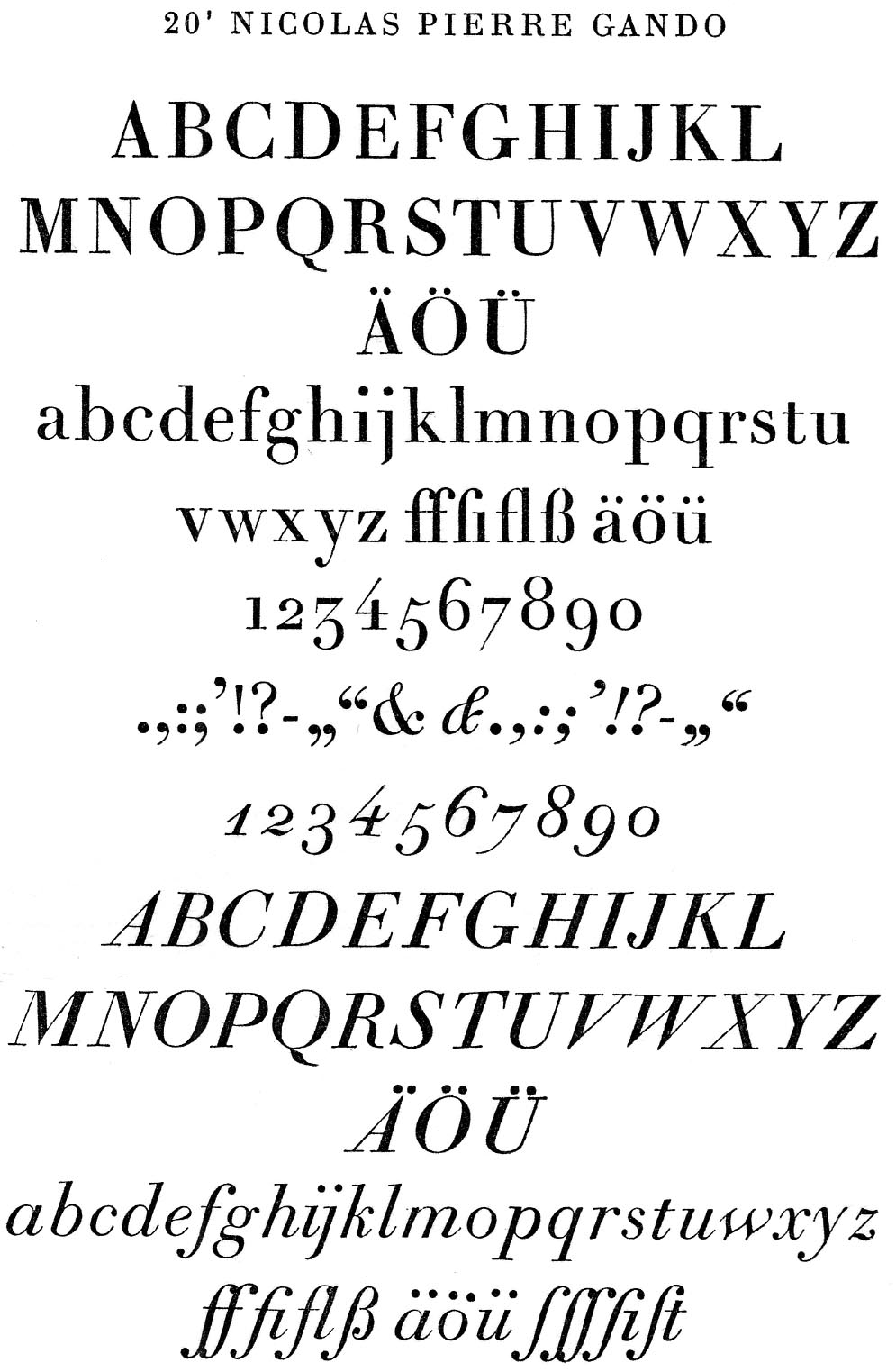